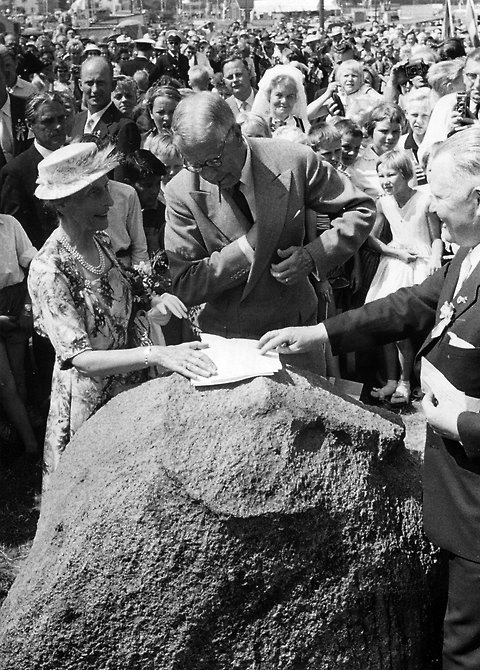 In 1959 the Craftsmanship Society in Färs celebrated their 30-year-anniversary. The members decided to arrange a fair, and in order to create some extra splendour for the occasion, they invited the Swedish royal couple to join in the festivities.

King Gustaf VI Adolf and Queen Louise arrived in Sjöbo on the 11th of July 1959. At the fair “Färsmässan” they could, among other things, see an exhibition of religious art, a variety of different craftsmanship and an exhibit of small animals and poultry.

Henning Palm, the Chairman of the Board of the fair, wished to commemorate the Royal couple’s visit. On his walks along the local stream “Åsumsån”, he had observed a noticeable and large rock. The land owner was willing to donate the rock, which was brought to the exhibition site at the market place (“marknadsplatsen”).